Italian-British architect Richard Rogers (born July 23, 1933) was awarded the 30th Pritzker Architecture Prize in 2007 during a ceremony at The Banqueting House in London, England.

After finishing his architecture studies, Rogers founded Team 4 together with Norman Foster, Su Brumwell (Foster's first wife), Georgy and Wendy Cheesman. Later on the team split and Rogers collaborated with Su Brumwell, John Young and Laurie Abbott. In 1971 he and Renzo Piano joined forces and created a new language in architecture that caught most public attention with the Georges Pompidou Center in Paris, France.

As well as architecture, order and aesthetics, Rogers has always been recognized by his social approach and concern for the city's urban renaissance.

By the time he was awarded the Pritzker Architecture Prize Rogers had already a wide work portfolio and was a clear representative of functionalist and high-tech architecture.

"Rogers combines his love of architecture with a profound knowledge of building materials and techniques. His fascination with technology is not merely for artistic effect, but more importantly, it is a clear echo of a building's program and a means to make architecture more productive for those it serves." Pritzker Architecture Prize Jury Citation, 2007.

This office and residential building belongs to the Daimler-owned area in the reconstruction of Potsdamer Platz. This area was a master plan led by Rogers' former partner, Renzo Piano.

One of Rogers' objectives was to integrate public and private spaces. The complex is permeable for pedestrians that go in and out the Shopping Center Arkaden.

The high tech design of Richard Rogers utilizes glass and steel as main materials, and integrates the sandstone cladding from the surrounding buildings. Tensors, beams, spider fittings and connectors are just part of the structural elements that stay apparent and form part of the architecture's aesthetic.

Along the area developed by Rogers the floors settle in different horizontal axes forming terraces and roof gardens in distinct levels.

Entrance to the office area

The complex of buildings develops alongside a green area, the terraces and transparent foyers, as well as cylindrical volumes containing office spaces and meeting rooms, appear to be looking to this open space, the Tilla-Dorieux Park. A yellow lattice moves around 4 story high cylinders to protect from direct sunlight and heat. 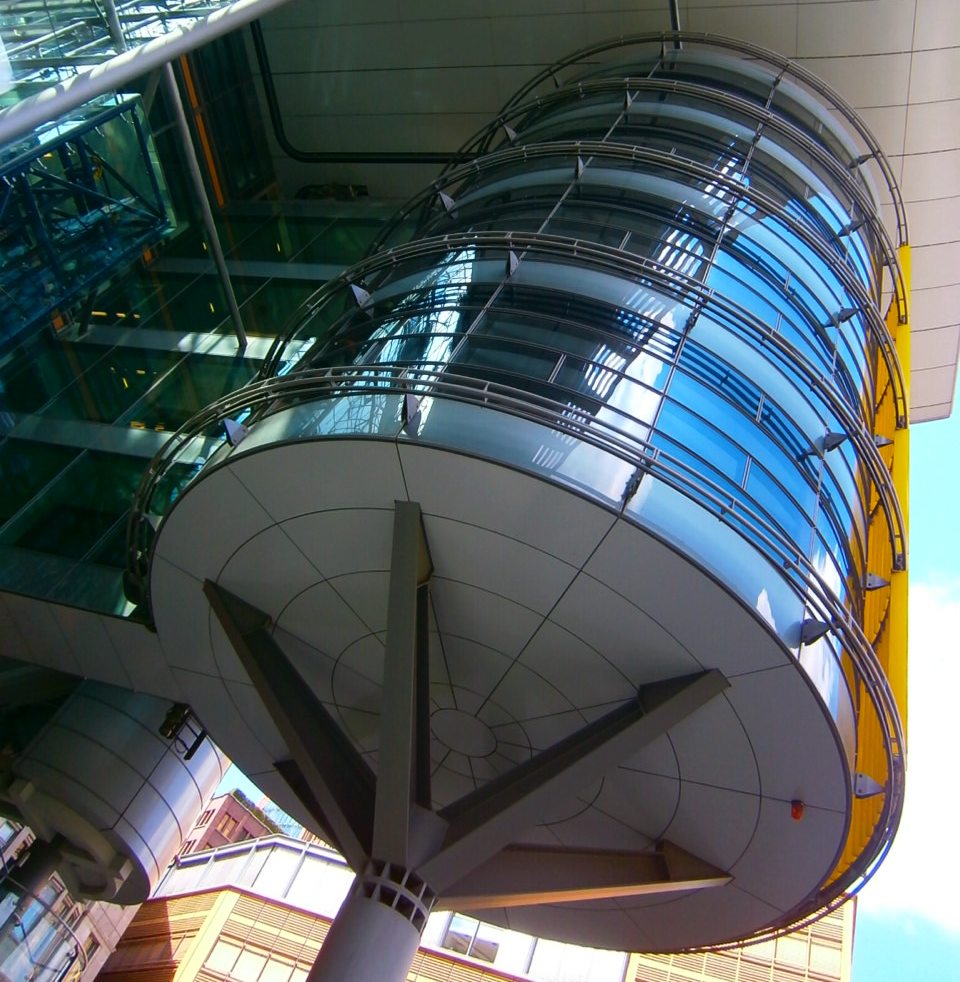 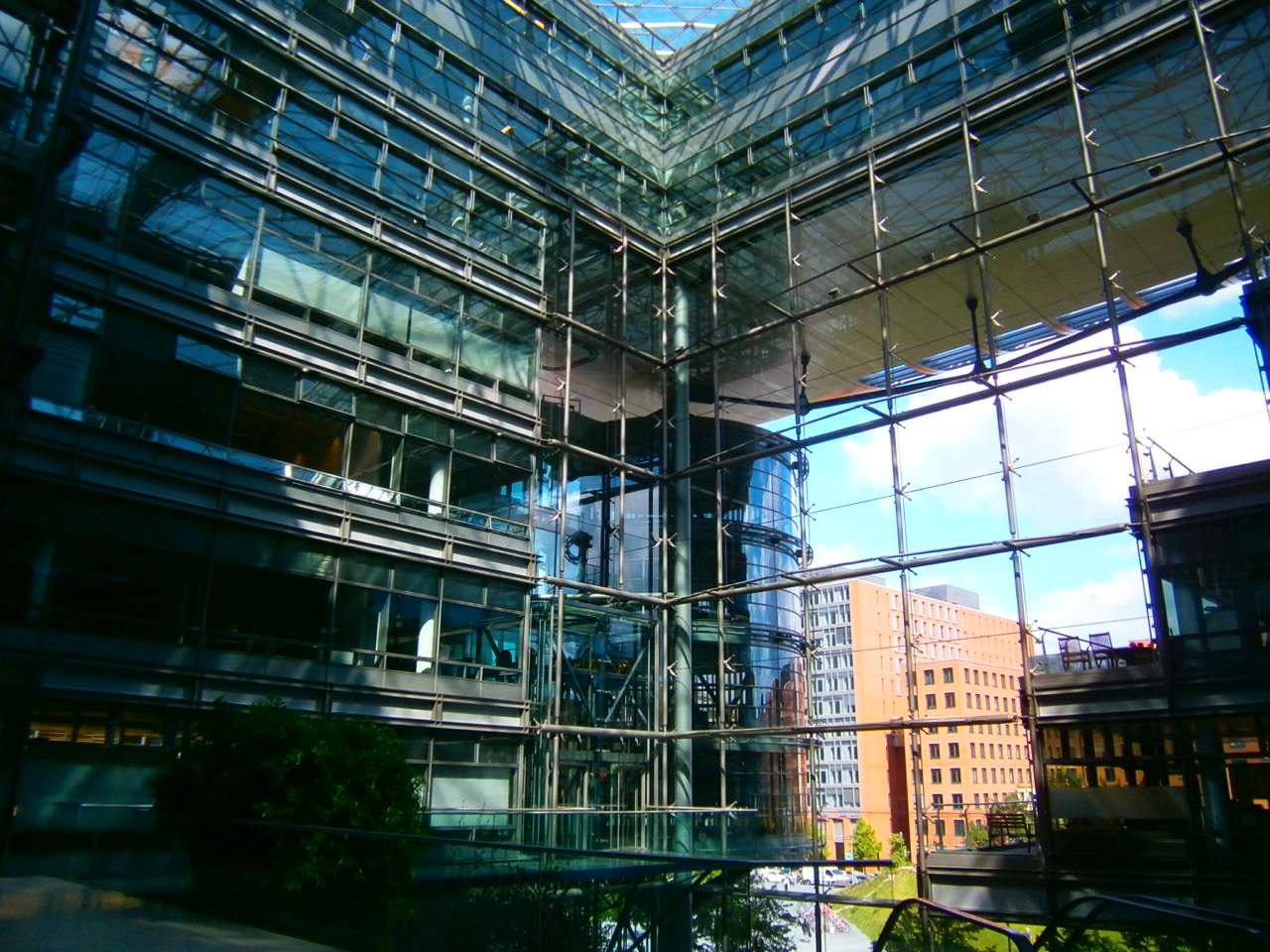 Inside an office foyer

One of the entrances to the residential area

"I have always belived that a humane and progressive architecture is one that creates beauty out of function. Not just for the sake of beauty in itself, but because beautiful buildings and public spaces help people achieve their potential, as citizens as well as individuals. Architects can not be apolitical we have a duty to engage. "

"We can create a new Renaissance - where civic and environmental responsibilities come together, embodied in the work of planners and architects."