Based on the users' experience

Buildings always stand the test of everyday life and everyday users, here are some examples that work and don't work at the award winning Dutch Embassy building in Berlin designed by award winning architect Rem Koolhaas.

The main concept of the building is to reflect the transparency of the Dutch government through its architecture, including material selection.
The concept of transparency includes large windows facing the exterior, interior windows to communicate between working spaces, translucent ramps and reflective floors. The light that comes inside the building is reflected by aluminum floors covering the main entrance, main lobby and exhibition hall.

Use materials that will make the floors a nightmare to maintain, even more than a wooden floor, according to the cleaning personnel at the embassy. The little scratches and use itself may give a certain patina to the material but it doesn't change the fact that it is the number one complain from maintenance personnel.

The concept of this building is strong and very important to both the architect and the client. Transparency is seen not only in windows but in one ramp in particular, the ramp that faces the street and daily entrance. The 20cm thick layer of glass is almost 100% transparent, green is the most transparent color for glass which means people can see through the glass ramp both ways.

Follow and defend the main concept of the building.

Think there won't be women wearing skirts that would need to cross that ramp. For example, the former Dutch queen. When she visited the embassy for the inauguration a carpet had to be laid along the beautiful transparent ramp.

Circulation was an important element in the building's concept. Ramps go around and through the building, and stairs connect these ramps in specific points. The design of the stairs was based on the traditional Dutch residential stairs which were narrow and taller than usual, even taller that the law allows them to be in Berlin. The stairs are also covered with aluminum.

Expect people to be looking at the ceiling when going up the stairs.
A flower pot was placed on the corner of one of the stairs at the embassy because in that specific spot people can bump their heads on the ceiling.

Floor to Ceiling windows are all around the building but they can't be opened, except for the last floor, where they use the space as a public area to have lunch or relax during working hours. The building's ventilation and temperature is controlled via air conditioning systems.

Integrate windows to the design.

Have opening windows only on the last floor when all other spaces (which are directly communicated) have no windows and need air conditioning, this will cause all windows to be kept closed.

Think of security for the users and the building itself.

Forget to think about how security will really operate. 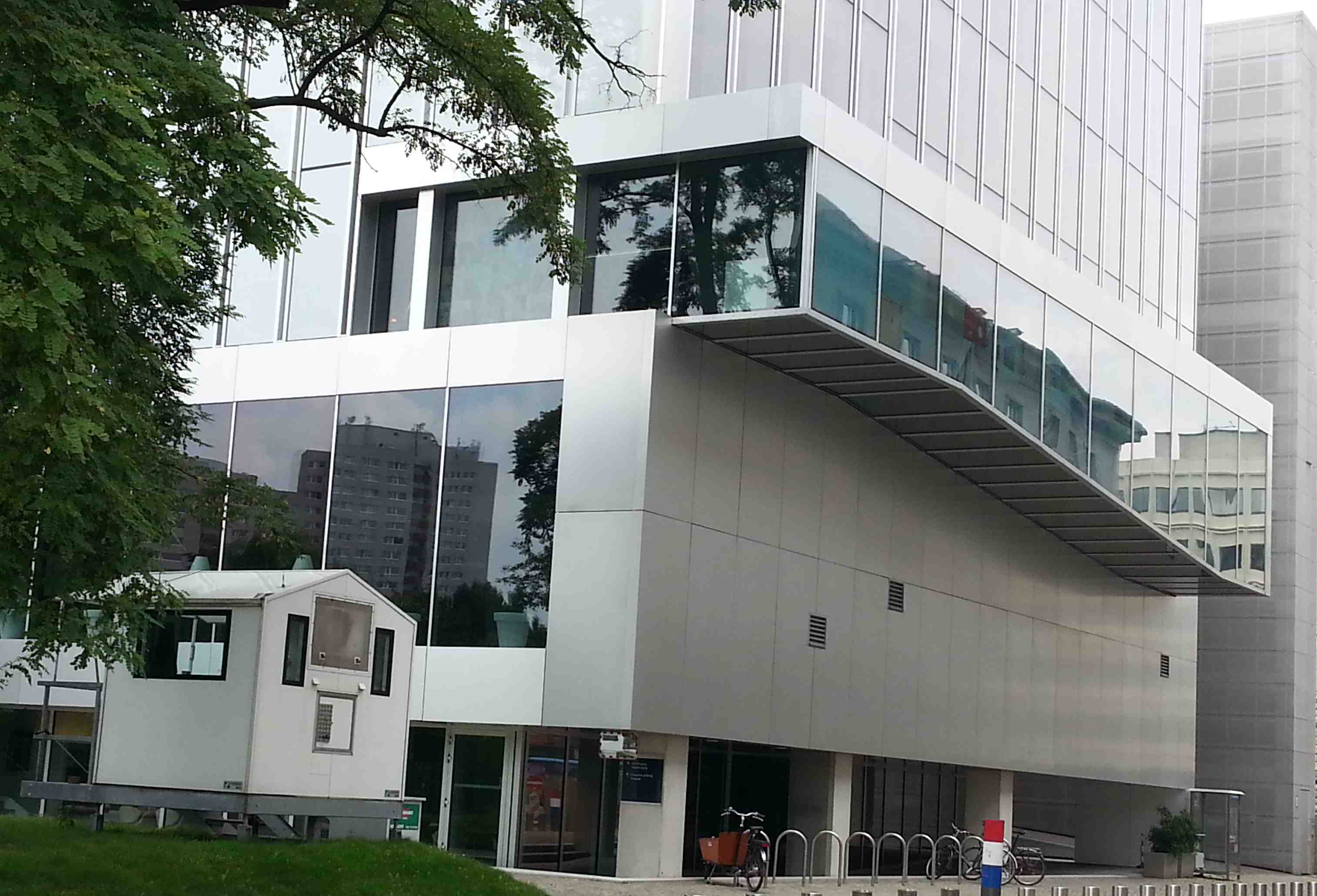